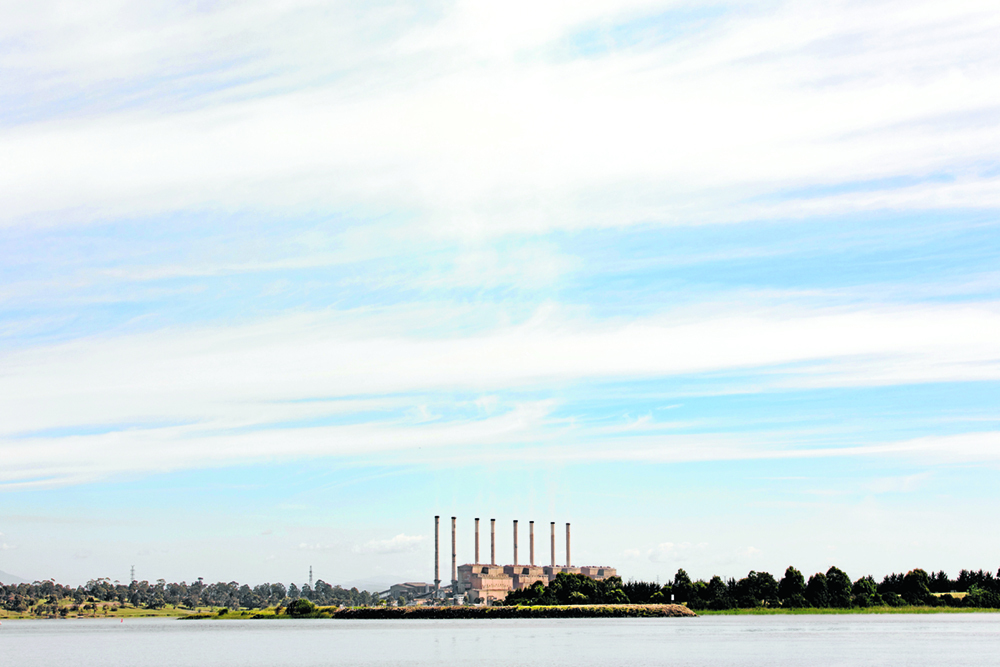 16 novel ideas to get the mind ticking, and The Valley tackling transition.

concepts, projects and blue-sky problem solving ideas that have been proposed by community consultation, discussions in Gippsland business groups, research and your Gippslandia team.

The following is a selection of concepts, projects and blue-sky problem solving ideas that have been proposed by community consultation, discussions in Gippsland business groups, research and your Gippslandia team.

Each of these ideas will take a monumental shift in our thinking to aff ect real change, and whilst a lot of people are hurting for good reason, the common denominators amongst these ideas are jobs, reinvention, excitement, and hope. Let’s not just stop at this brainstorming session!

The 2012 international design competition to rejuvenate Latrobe Valley into a low-carbon district, undertaken by RMIT Off ice of Urban Transformation (OUTR), attracted 60 entries from 194 people in 14 countries which will inject several more high-quality concepts into our discussion – is soon to be published. A recent peruse of a couple of Australia’s leading universities revealed several post-graduate projects being undertaken on the Latrobe Valley’s transition, Gippsland, and regional Victoria. The State Government Gippsland Regional Partnership with Engage Victoria is another great hub to keep you updated. These programs are an excellent resource, and it’s heartening to see bright and passionate young academics focusing on our local region, but the most important voice in this discussion is yours! That’s why we’re continuing this conversation, and stream of positive concepts, to Gippslandia’s online home, www.gippslandia.com.au. We look forward to listening to your ideas.

1 Introduce super-fast Internet to the region.
Could the Latrobe Valley be the first Australian city with 1 Gbit per second Google Fiber (or similar product) or be a hub for testing new 5G capabilities and opportunities

2 Improve the rail link with Melbourne, and potentially a port.
Developing the area as a logistics and distribution hub for southeastern Australia.

3 Install a high-speed rail link to Melbourne.
Can you imagine if the commute from the Latrobe Valley to the city was reduced below 45 minutes? It would be a paradigm shift for the region. Significant tourism opportunities emerge with a coastal route bullet train from Melbourne to Sydney, via Gippsland.

5 Install clean-carbon power generation technology.
Initially feels like a no-brainer, but is it really, financially, with the brown coal stocks, and are we kicking the climate change can down the road? What about making Hazelwood the site of Australia’s first Tesla gigafactory?

6 Turn the mine into a lake.
Rehabilitation of the mine site is imperative, but how will we fill a hole with a similar volume to the Sydney Harbour with water? There is precedent, a former mine in Sweden was transformed into a lake surrounded by luxury housing. Some have mentioned the water table will absorb any introduced water; should we be considering a pipeline in from the desalination plant?

8 Replant the mine with hemp and initiate a natural-fibre textile industry.
Think further than hemp, opium poppies. The Westbury region in Tasmania has an estimated $290m industry growing poppies for the global pharmaceutical industry. Victoria has passed legislation to facilitate such potential projects.

9 Construct several rollercoasters weaving through the mine site.
Encourage creative theme park operators to morph the current brown hole into an adventure seekers paradise. Disneyland is partly in Anaheim for its … cheap land and cheap electricity. If we build it, they will come.

10 Could you climb to the top of a cooling tower? What about jump off one?
The health and fitness industry is massive, and its participants eager for new challenges. Installing climbing walls and a bungee jumping facility in the existing buildings would draw adventurers from around the world.

11 What is art, anyway?
Look what MONA (Museum of Old and New Art) has accomplished for Tasmania’s cultural and creative scene, and global tourism appeal. Repurposing the existing buildings as temples of art, or studio and teaching spaces could prove an amazing win. Rehabilitating the mine as a sculpture park and arboretum – even cooler. There are many well-regarded precedents of industry property conversions to art spaces, with the soon to be open MOCAA (Museum Of Contemporary Art Africa) in Cape Town, or The Highline, New York, just two examples.

12 Are we able to convert our former coal mine into a solar and pumped hydro project?
Similar to the Genex Power concept for the old Kidston gold mine, which involves utilising excess solar power to pump water to a higher holding dam during the day, then releasing the water into the lower dam to generate hydro power when the solar power generation amount is poor (such as at night).

13 Establish Australia’s preeminent engineering university in the area.
Latrobe City Council are already touting the area as the Engineering Capital of Australia, so let’s turn up the volume on that claim. There’s a proud engineering heritage here, cheap housing, and industry to develop partnerships with. They could study transition opportunities that could be applied throughout Australia, and the world.

14 Could we kill three birds with one stone – site rehabilitation, create a new employer and further strengthen our timber industry?
A recent study by ANU has determined that a component of jet fuel can be obtained from eucalyptus, with 20 million hectares of trees required to produce 5% of the global jet fuel requirements.

15 Make a university degree at Federation Uni free to attract the smartest young minds to the area.
Imagine the impact to the region if a flood of smart young, creative minds were encouraged to take up the off er of a free tertiary degree. The costs could be funded by government on the proviso that students stay within a Latrobe Valley postcode, putting their education to use in our region.

16 Let’s not forget about the Latrobe Valley’s other fine industries; timber, primary food production, paper, healthcare and education.
Surely, innovation, development and strategic investment could elevate our reputation in these fields to that of a world-leading standard – especially considering so many of our local business already operate at this level.