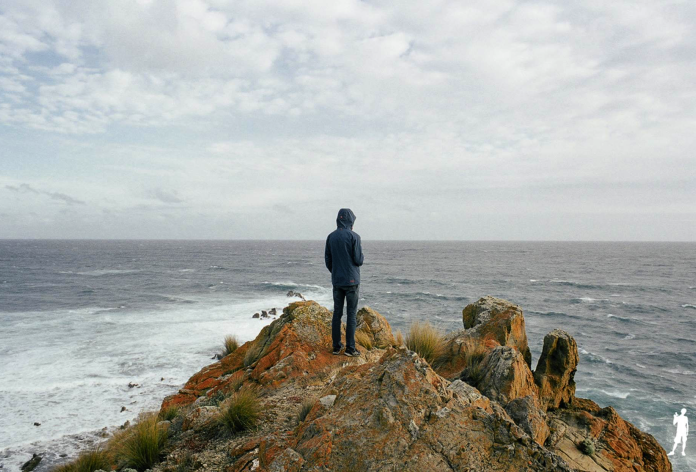 Gippslandia is a quarterly magazine in newspaper format, for, and about, Gippsland. It’s an ever-optimistic take on regional, national and global issues, in a local context. Oh, and it’s free.

As you escape Melbourne, heading east along the fabled Princes Highway you shortly enter Gippslandia – a land of opportunity and potential that stretches out from the farmlands surrounding Warragul, the beaches home to Phillip Island’s fairy penguins, out to Wilson Prom’s most southern tip, down the Latrobe Valley and through the Gippsland Lakes all the way to the New South Wales border.

The region is no longer just a waiting room before you launch into your ‘real’ career in the city, as the folk of Gippslandia are increasingly connected and operating with an outlook that extends to all corners of the globe.

Gippslandians enjoy expanding their horizons through travel, but remain fiercely loyal to their lush, fertile patch of earth or their stretch of stunning coastline.

Gippslandia, the publication, draws from a variety of different media. The title pays homage (with our tongue firmly in cheek) to the US offbeat comedy, Portlandia, which so cleverly satires the unique nuances of their population. Gippslandians frequently enjoy a self-deprecating chuckle amongst themselves. Inspired by a current affair and analysis-focused titles, such as Monocle or Assemble Papers, and the Melbourne street press paper Broadsheet have also influenced Gippslandia. In fact, we believe Gippslandia will likely find a home in a magazine stack alongside the aforementioned titles – as Gippslandians love to stay informed.

Gippslandia has certainly not been founded as a criticism of the media already representing Gippsland; they all serve their purpose for their audience, and we all want the best for the region. Rather, we wish to facilitate a common medium for an increasing number of people that seek to forge their career in the area and those that feel the unrelenting tug back to Gippsland after establishing themselves in industries elsewhere. Gippslandia speaks to worldly travellers looking for the perfect lifestyle change, and most crucially it proves to the area’s passionate youngsters that they can achieve success on the world stage while remaining here.

The newspaper isn’t right-leaning, nor is it left, and it most certainly will not be down (there’ll be no negativity in these pages). Instead, Gippslandia will keep its outlook directed up – promoting stories of success and innovation, seeding ideas for positive change and spreading the upside of life in Gippsland.

Founded by the creatives, designers and travellers that form, and collaborate with, Traralgon-based design studio The View From Here, Gippslandia will seek to identify trends, movements, points of potential change, improvement or growth and rather than get emotionally negative, we wish to present you with ideas that could assist in transitioning Gippsland into a more attractive destination for local, interstate and international business and tourism.

Gippslandia aims to reveal optimistic tales that may otherwise remain unheard. Hence, each issue will feature stories that examine opportunities, businesses, people, food, travel, fashion, art and culture with both a microfocus and macro twist. In doing so we wish to showcase the many writers, photographers and creative talents that reside in the area. Leaving you feeling like a Gippslandia local, no matter where you’re from.