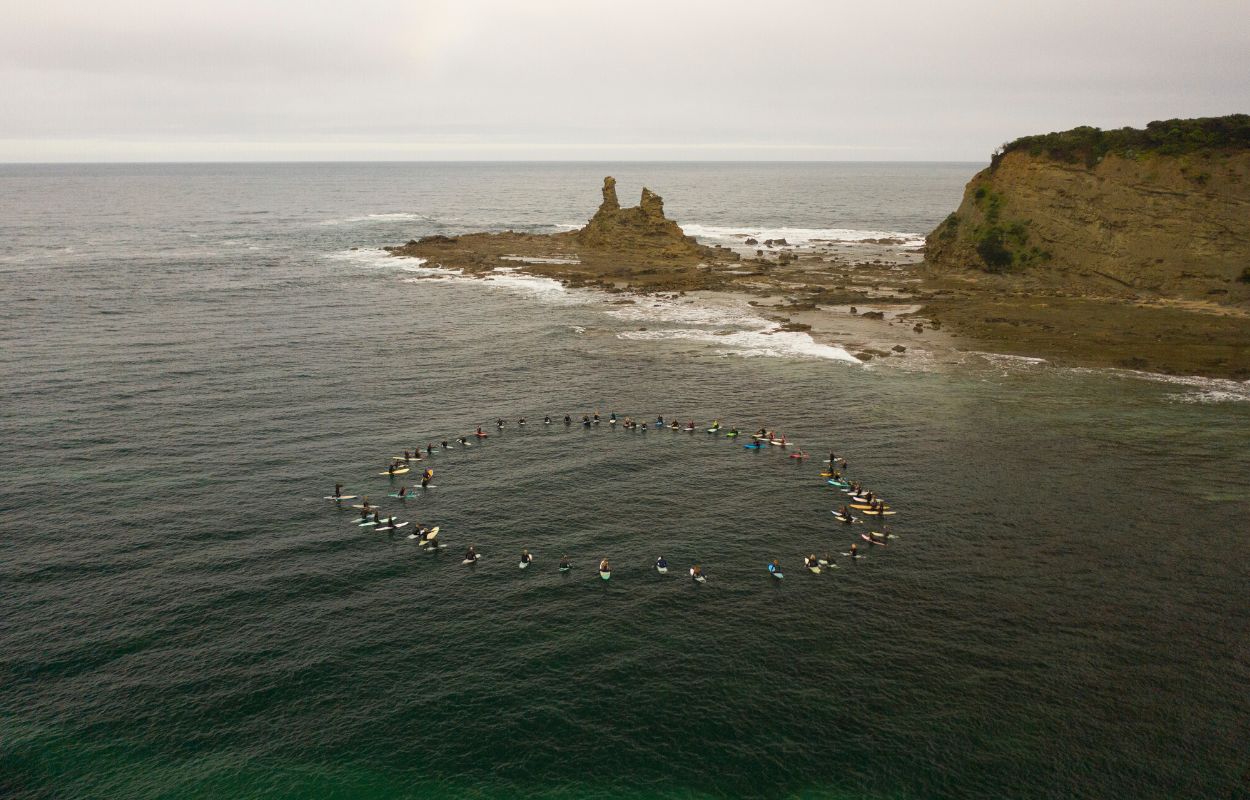 On June 3, Black Girls Surf issued a worldwide call out to the international surfing community to join them for Solidarity In Surfing.

“It was a time to listen, a time to reflect and a gathering of voices to say no more! No more lives lost to police brutality and racism” declared photographer Lauren Murphy after documenting the Solidarity in Surf event at Eagles Nest.

Rinchen Wilson, one of the event organisers, explained that the Solidarity in Surf movement was created by Black Girls Surf, an American not-for-profit teaching surfing and empowering young girls and women of the African diaspora.

“On Wednesday, June 3, Black Girls Surf issued a worldwide call out to the international surfing community to join them for Solidarity In Surfing, a global paddle-out to stand in unity with Black, Indigenous and People Of Colour (BIPOC).”

In Australia, the next day, Surfers for Climate began answering that call by preparing an event at Anglesea, where director and world-renowned longboarder Belinda Baggs is based.

By Thursday evening, the Gippsland event at Eagles Nest was initiated. Australian surf hubs Coolangatta, Bondi, Ulladulla and others were planned not long after, all ready for a unified set of events on Saturday, June 6.

The Australian Solidarity in Surf movement not only stands in solidarity against the death of George Floyd and the Black Lives Matter movement in America, but also confronts systemic racism and the treatment of Aboriginal people and Torres Strait Islander people in custody.

Rinchen says that, “It was beautiful for the Gippsland surfing community to unite with other surfing communities across Australia to learn more about systemic racism, share personal stories and experiences, and amplify a unified cry for change.”

Rinchen goes on to highlight that while surfing is a worldwide sport, there is an under-representation of BIPOC surfers, including in Gippsland.

“The Australian surfing community has an important role to play in addressing and rectifying this inequality.

“As the Earth Guardians have said, ‘White supremacy is not the shark, it’s the water’.”

Gippsland’s event was fittingly held at the prominent tourist location Eagles Nest (the rocks that kind of look like Australia) in the Bunurong Marine National Park between Inverloch and Cape Paterson.

Eagles Nest is only a handful of kilometres down the road from a pertinent site for climate change action, as there has been significant erosion along this stretch of Inverloch and the South Gippsland coastline.

Local Boon Wurrung Traditional Owner Sonia Weston, who lost her son eight years ago, had previously scattered her son’s ashes at Eagles Nest on the same day. It was a powerful and emotional moment for her. She said, “He is here with us and couldn’t have thought of a better way to remember and honour him”.

As well as sharing the importance of the day for her, Sonia spoke of the racism growing up in the local area and the impact it had on her from when she was a child. Sonia mentioned the significance of the numbers attending on Saturday and how far the local community has progressed. Tanya Day, died in police custody, was also Sonia’s cousin and Sonia read a poignant message from Tanya’s daughter, April.

Steve also shared his experiences, highlighting that this issue makes him relive the traumas that racism has caused in his life. Steve said that we need to talk about this topic in a kind and compassionate way for those who have experienced the injustices of systemic racism, and that it’s not the responsibility of those who’ve experienced racism to relive their trauma to educate others.

A distinguished collection of Aboriginal friends of Surfers for Climate Gippsland also sent special messages to read out, and local creative Kyme Farley created the surfboard message art on the beach. 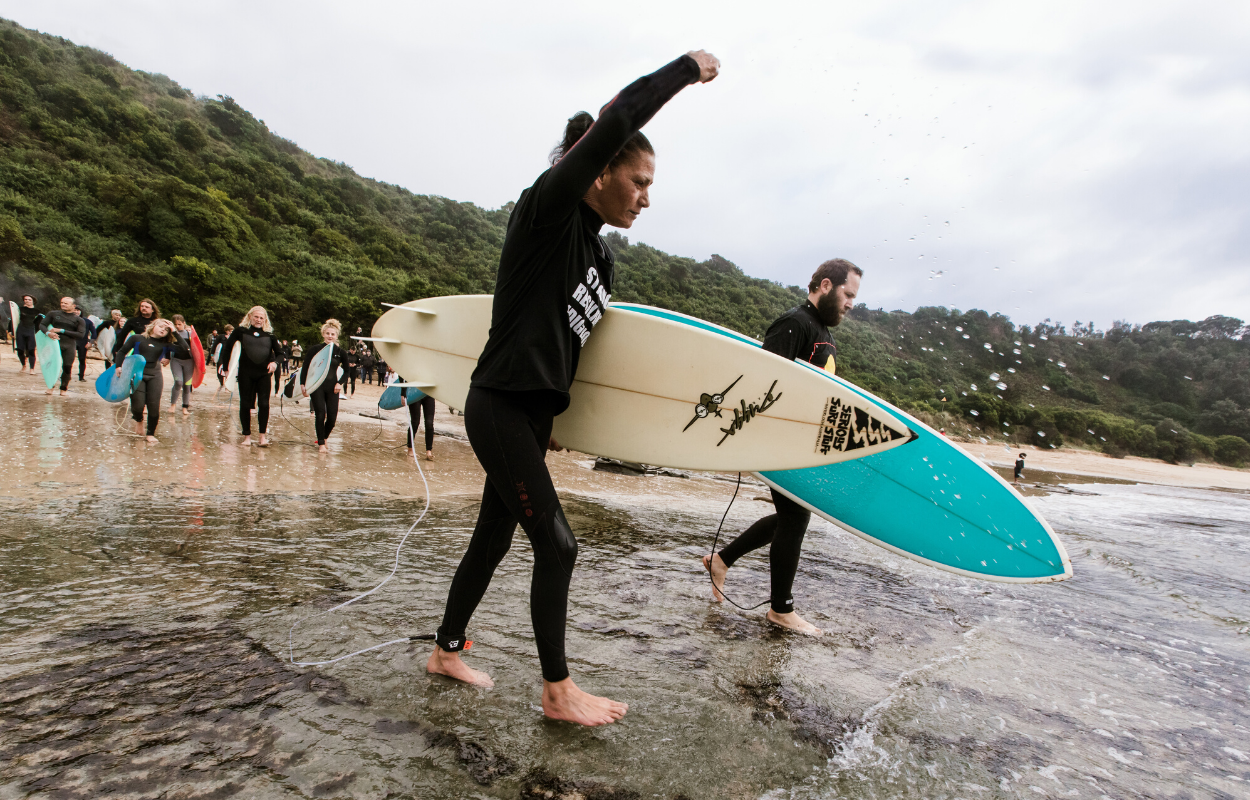 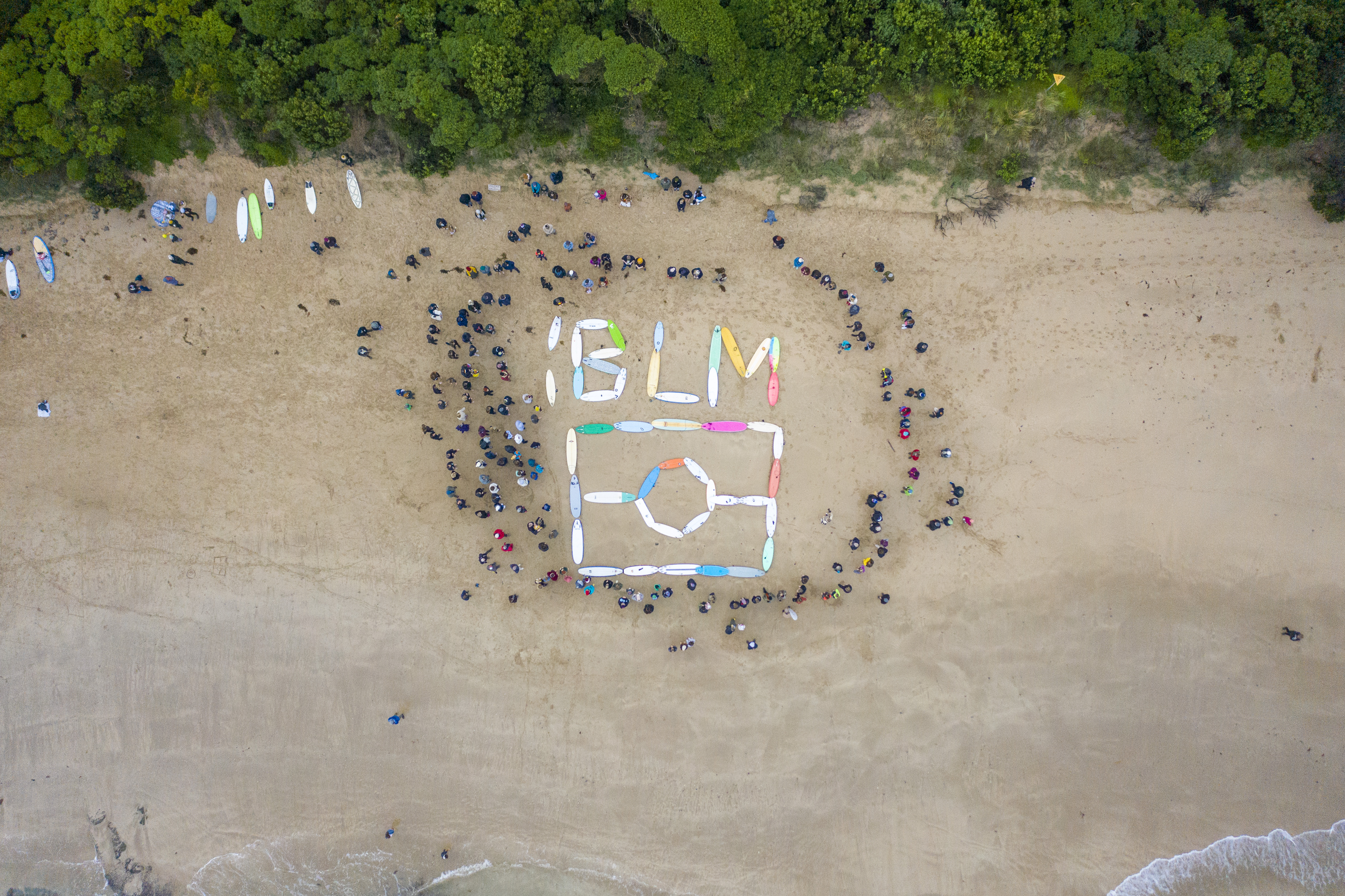 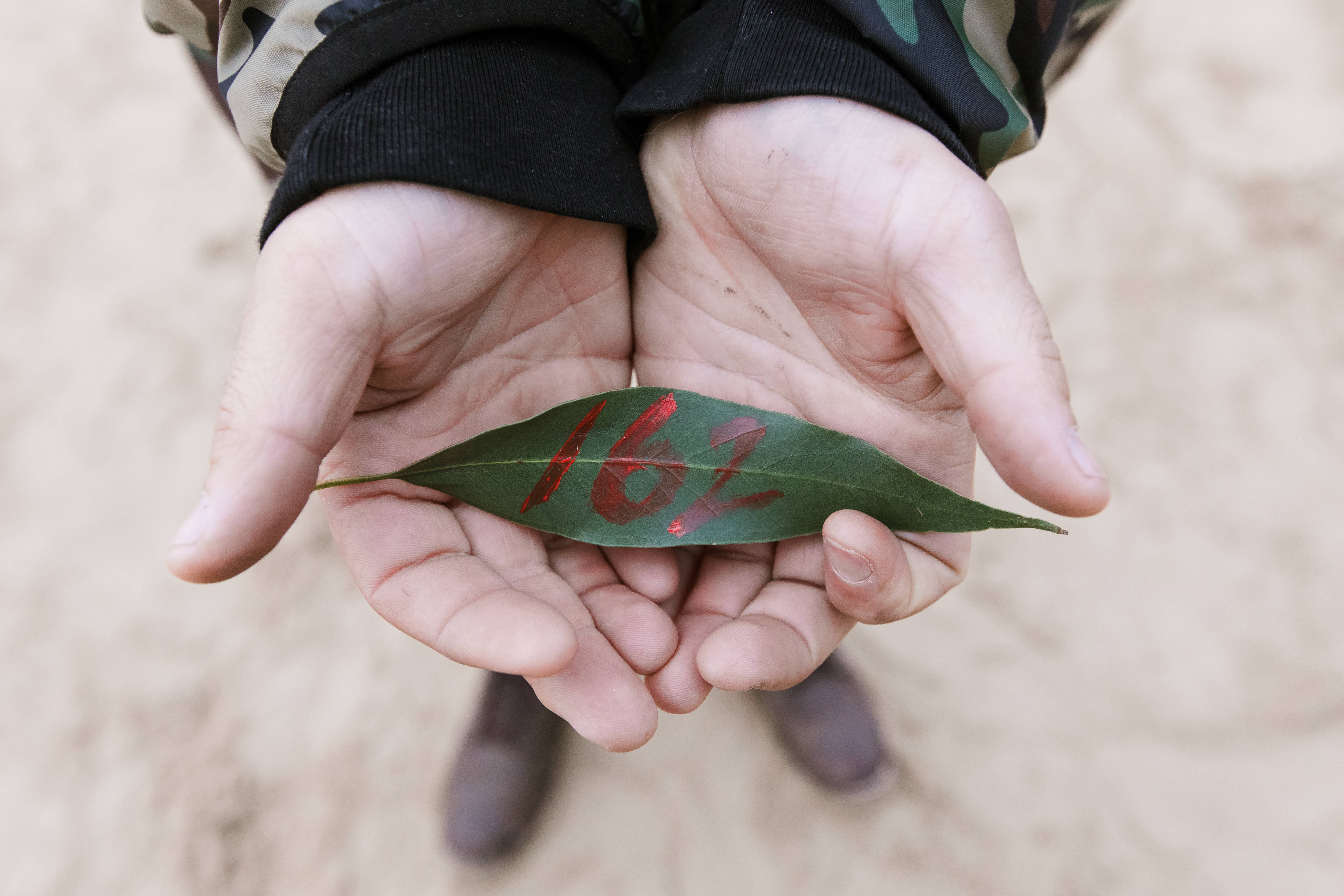 In the photographs of the day, you will see eucalyptus leaves with the numbers one to 435 painted on them. Rinchen described their significance:

“Eucalyptus leaves are part of the Boon Wurrung welcome ceremony, as well as leaves from other local indigenous flora. Traditionally, they’ve also been used as a method of healing too."

“[The numbers] represented the 432 known Aboriginal deaths in custody since the 1991 Royal Commission, which was meant to address these tragic deaths in Australia."

“The final three leaves represented the lives of George Floyd, Breonna Taylor and Ahmaud Arbery — the murders in America that sparked the current global movement for urgent change.”

Finally, Rinchen has provided us with some notes on how we can assist in making a positive change against these injustices:

1 — Become aware of the racial injustices around you. Don’t expect BIPOC to educate you. Educate yourself. There are a lot of excellent and readily available resources.

2 — Check yourself. Check your own conscious and unconscious bias. Be aware that racism is indoctrinated and systemic.

3 — Have uncomfortable conversations. Talk with your family, friends and community about racism and white privilege. Call racism out. You are the change. Make sure racism stops with you.

4 — Act with urgency. The old adage ‘it takes time’ is no longer acceptable.

5 — Community Action. Lend your support however you can in your community, and in Gippsland, to combat racism.